5 Things NOT to do in Maths

“I learnt all the concepts off by heart but none of it came in the exam.”

“I mean, I study all night before the exam and I still don’t do well.”

We’ve heard it all before: the ‘I hate Maths’ chants that are all too familiar from students who have convinced themselves that it’s inconceivably possible to perform in the calculations-based subject.

But Maths doesn’t have to be the reason why your shoulders slump once you hear the bell ring indicating the dreaded subject will begin. Chances are, you’re probably making some errors in the way you are going about studying for Maths. Quite often, there are practices that you will do (or not do) that will very well make Maths feel like the big bad monster lurking under your bed. The worst part? You probably don’t even know you’re doing them.

Not to fret though. We’ve spoken to Maths expert Wesam Krayem on the five main issues that students do with Maths that they shouldn’t do.

We’ve highlighted the five main things you’re probably doing – and why you should stop these habits right now.

Nothing. Zilch. Zero. There is a big misconception that explicitly memorising formulae and equations, along with steps on how to do concepts will allow you to perform highly.

WRONG. The key is to practise questions so many times that the formulae used to answer  thes questions will be subconsciously engrained in your memory without you making a direct effort to have it stuck in your head. Memorising without absorbing the core understanding of questions will leave you dumbfounded when a ‘familiar’ question is slightly changed in the middle of your exam. This is because your ability to take the steps needed to answer the question are based on memory, and not on genuine understanding. Figure out the skills needed to go about topics and you’ll be able to adjust how you understand it according to the question you’re given.

You’re in class and Sir has been rambling on about Probability for the past 15 minutes and you really have not grasped a thing he was saying. Your conscience whispers to you, “just ask for him to explain it again”.

Spoiler alert: your fear shut him up.

It’s never a good idea to neglect something you might not understand immediately or allow your laziness to overcome your ability to otherwise grasp concepts while they’re being taught to you. Chances are, you’ll forget to re-address it, or ignore the problem when it arises later. Whether you’re completely lost from the moment something was explained to you, or whether it was just a step you didn’t seem to grab properly, clear up any doubts you have immediately. Wesam stresses this point: never leave a classroom without understanding everything that your teacher has explained. You’ll feel so much more confident and ready to kick butt without BOB [aka Back of Book] as your sidekick.

Not an exercise. Not a chapter review. Not even a question. While you might not realise it, the homework you’re given acts as building blocks to solidify the foundation you’ve gathered in class. The downward spiral all begins from missing just one exercise. Because one turns to two, turns to three, turns to the chapter. Eventually, your strength in that specific chapter has dwindled significantly, and so has your confidence. By the end of the day, your belief to do well has turned into nothing but history and you think Maths isn’t your cup of tea. All because you skipped one exercise task.

Once you skip a step, you lose a mile. And the last thing you want to do it fall short of winning the race, because you thought doing homework wasn’t helping. Au contraire, creating a consistent habit with your homework will strengthen and refine your understanding of your topics, and give you the backing to smash it. 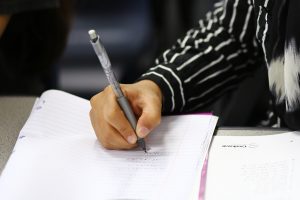 Now this one, understandably, is frustrating. But take it from Wesam: it’s worth your while. Feeling stumped after trying to solve a maths problem is something everyone can relate to. But before you give up, ask for help or check the solutions, try again… and again. Wesam advises you try cracking the question at least three times and at different times, using different approaches to possibly get the solution yourself. If you tried on Friday night, Saturday morning might do the trick. While you might tell yourself that you’re absolutely lost from the get-go, you’re wrong. Don’t underestimate your ability – you never know how your mind is wired, and how it can manoeuvre around to give you the steps needed to receive the correct answer.

Success always tastes greater if you stirred the ingredients yourself.

While this might sound like a no-brainer, we all (and I mean all) are guilty of leaving things until it’s too late. The issue that exists, though, is that Maths is a subject that can’t be studied the night before an exam. Maths involves a lot of practice. Practice involves repetition. Repetition. Repetition. Repetition. To repeat concepts, questions, steps to draw graphs… this all involves one precious variable: time. You need time to perfect your mathematical skillset. So, if you leave your studying until a night or two before an assessment, you haven’t given the appropriate time and effort that the Maths deserves to be solved correctly and quickly. 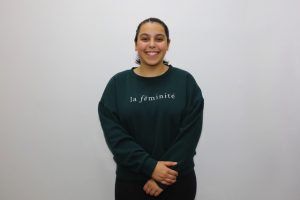 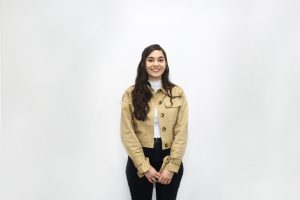